The basic design of the Palace is a circle. The Courtyard is in the center, while the Reception Area, Throne Room, Imperial Cult Services, Guard's Quarters, and Legion Depot form the perimeter. There are also several side rooms. 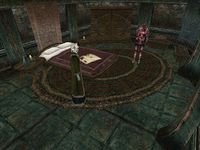 The Queen Mother in her chambers

This area is normally kept locked, but during what appears to be an Assassination Attempt, they are unlocked to allow an extra Guard to keep Queen Barenziah safe. The area itself consists of two rooms, the bed room, and a small entrance room with a few screens that can be used as hiding places. The Chambers are connected to Imperial Cult Services 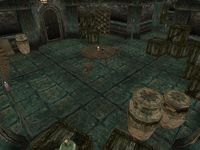 The Palace Basement isn't a very interesting room. A few containers with randomly generated loot. There is an entrance to the Palace Sewers, which might come into some sort of use. The only way to get into the basement is through the Reception Area.

The center of the Palace is a small courtyard, strangely, since it is in the middle of the building, the courtyard is the only way to exit the Royal Palace with large gates leading to the Temple Courtyard and Plaza Brindisi Dorom. The smaller doors in the corners lead toward the Legion Depot, Guard's Quarters, Imperial Cult Services and the Reception Area. In the Courtyard are two Imperials: Calvus Horatius, a mercenary looking for work, and Plitinius Mero, an author.

Dorms for the guards

There isn't too much to see here. Aleri Aren is rumored to be Disloyal to King Hlaalu Helseth. There are some interesting notes next to Ivulen Irano's bed that seem to imply the same about him. The Guard's Quarters is connected to the Legion Depot, Jail, Imperial Cult Services and the Courtyard. 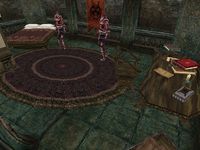 This is the living quarters of King Hlaalu Helseth, and it remains locked until Helseth makes an appearance in the Throne Room. Attempt to enter before that point, and you will get the message.

If you manage to gain entrance, you will find a pair of guards — Milvela Dralen and Ervis Verano. Helseth's Chambers are only accessible through the Reception Area. 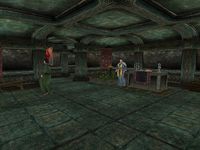 There isn't too much to see in here, besides a pair of priests: Crito Olcinius and Laurina Maria. They offer some services. There are doors that lead to the Throne Room, Guard's Quarters, Barenziah's Chambers and the Courtyard. 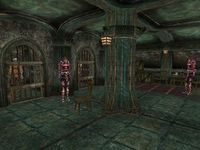 Like any good Palace, there is a small jail for criminals and perhaps a few political enemies of King Helseth. At first the jail should be basically empty, but it might eventually become home for a pair of Dark Elf named Felvan Ienith and Olvyne Dobar who once fancied themselves as Warlords. There are a total of six cells. The Jail is connected to the Guard's Quarters. 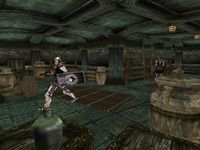 Only room of the Royal Palace with Legion guards

Not anything too interesting in here besides a good bit of random loot, although not much of it is worth taking. It is connected to the Guard's Quarters, Reception Area and the Courtyard. 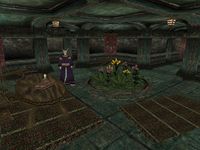 The Reception Area is the first part of Mournhold you get to see in Tribunal. Besides the Argonian Effe-Tei there really isn't all that much in the room besides doors that lead to the Throne Room, Legion Depot, Basement, Helseth's Chambers and the Courtyard. 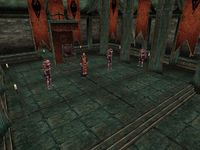 His Majesty prefers to stand

This room is large and quite open, with a large Throne sitting on one side. The room has several guards including Tienius Delitian, the Captain of the Royal Guard, who needs someone to help with quite a few quests. Eventually, King Hlaalu Helseth will turn up as well right in front of the Throne. He'll have more quests, including a duel against the Champion Karrod taking place in the Throne Room itself. The two doors lead to the Reception Area and Imperial Cult Services. 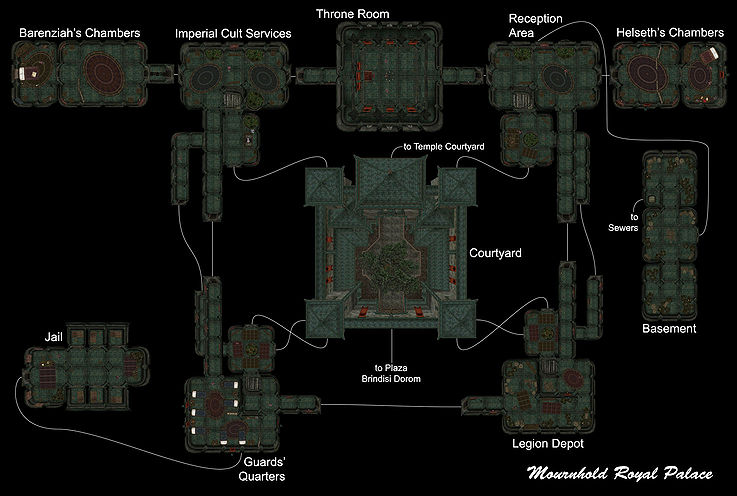