The UESPWiki – Your source for The Elder Scrolls since 1995
< Skyrim: Places / Enchanting
Jump to: navigation, search 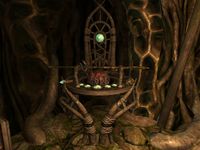 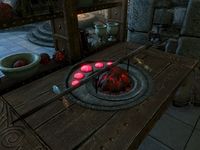 The Staff Enchanter, found in Tel Mithryn, is used to create enchanted staves. It is initially located behind a locked door, requiring you to first complete the Reluctant Steward quest in order to gain access.

This Skyrim-related article is a stub. You can help by expanding it.
Retrieved from "https://en.uesp.net/w/index.php?title=Skyrim:Staff_Enchanter&oldid=2200762"
Categories:
Hidden categories: