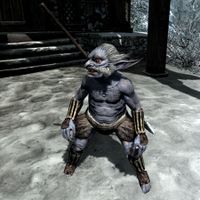 Rieklings are small goblin-like creatures that can be found inhabiting the assorted ruins and caves throughout Solstheim. These creatures live in tribes led by a chief (exemplified by the Riekling Chief at Thirsk Mead Hall) and are usually hostile. Rieklings speak a language native to them, while some individuals have also learned to speak a crude version of the common tongue of men. In combat, Rieklings attack in swarms, sometimes mounted on bristlebacks, and may also pop out of barrels. They carry Riekling spears, which they throw at you from a distance and use as melee weapons. These spears can be equipped by you as arrows.

It is possible for you to become a Riekling clan's chief and in doing so, have access to a Riekling, Riekling scout, Riekling hunter, or Riekling warrior follower. The Riekling scout will equip a bow if it is placed in its inventory, while the Riekling warrior will do the same with a two-handed sword. If you have a follower, you may need to dismiss them before being able to recruit a Riekling. Quickly dismissing your follower, then adding the Riekling, and finally rehiring your follower is an effective workaround.

Once the Dragonborn becomes the new chief for the Thirsk Mead Hall Rieklings, up to three Rieklings will randomly show up at any time anywhere, Solstheim or Skyrim, to aid the Dragonborn in combat. They don't do much damage, but can hold ground reasonably well even against most powerful foes such as the ghost of Karstaag. If downed in combat by enemies or other NPCs, they will get up shortly, seemingly in full health, and continue to fight. The frequency of their appearance is not high enough to affect gameplay in general, but is high enough to feel their existence. Whenever they show up, the Dragonborn essentially gets up to three protected followers for free, which is invaluable for surviving tough battles on Master/Legendary difficulty. While not in combat, the Dragonborn usually can ask one of them to be a follower right away by talking to them. 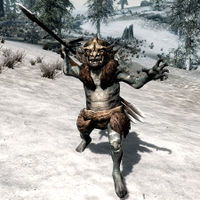 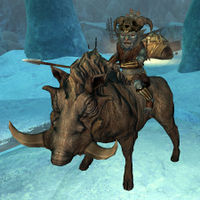 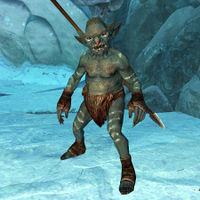