Dwynnen is a political entity found in the province of High Rock, in the region of the Iliac Bay. Dwynnen is a historical country, one that played a large role in the battle against the Camoran Usurper, whose legion came across western Tamriel like an unbridled plague. It was the region's first baron, Othrok, who led the assault and overcame the warmonger.[1] Dwynnen is normally temperate,[2] and verdant all year long, except come wintertide.[3] It largely consists of woodland from the northernmost portion to the southern coastal region.[4] The Thrafey clan of vampires are active in Dwynnen.

In the historical-fiction, the Wolf Queen, Empress Kintyra II and her armies marched through the Barony of Dwynnen during the War of the Red Diamond, when they were suddenly attacked by an unnatural blizzard in 3E 121. Kintyra was absolutely certain that it was one of Potema's wizard allies. She was accompanied by Duke Mentin of Glenpoint, who took her to his castle in his domain. It was there, Empress Kintyra II was executed by the Duke and Queen Potema.[2]

In the third century of the Third Era, the Camoran Usurper and his legion of warriors moved north from his domain in Valenwood.[1] The Usurper utilized the Nightmare Host, a foul legion of undead led by an undying lich to take over Dwynnen and its people.[5] It was then, a man named Othrok was supposedly blessed by the Divines and led an army of men and animals to fight back against the unholy Nightmare Host. He emerged from the wilderness and defeated the undead at Castle Wightmoor on the 5th of Sun's Dawn. With his victory in the Battle of Wightmoor, Othrok was named the first Baron of Dwynnen and he soon expanded the province all the way to the Iliac Bay.[1] The warriors that served Othrok would later come together as the Baron's loyal vanguard and protector of his realm, the Order of the Raven.[6] 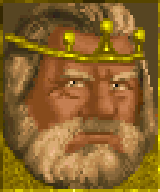 Before peace was fully restored, Baron Othrok needed to defeat the Camoran Usurper before he would conquer the northwestern world. By 3E 267, the Camoran Usurper approached onto the Iliac Bay and the Wrothgarian Mountains, and came across a region that was ill-prepared for his arrival. With the major superpowers of the Iliac Bay unable to fight against the threat, Baron Othrok gathered the other nations, Kambria, Phrygias, and Ykalon, and formed a united naval force that rivaled the likes of Uriel V's invasion force of Akavir. The combined force faced the Usurper at the Battle of Firewaves and defeated his army in that same year. Ever since then, the Baron's achievements are celebrated by Dwynnen's people in a holiday called Othroktide, which takes place on the same day he reclaimed the barony.[1]

By 3E 405, the Barony of Dwynnen was ruled by an unknown Baron. It was neighbored by many other nations, such as Anticlere to the southwest, Bhoriane to the southeast, Kambria to the east, Phrygias to the north, Urvaius to the west, and the Wrothgarian Mountains to the northeast.[4] When the province was incorporated into the Third Empire, the barony was given a patron deity in the form of Julianos, who is represented through the School of Julianos. When the Warp in the West occurred in 3E 417, the Barony of Dwynnen was swallowed by the nearby Kingdom of Wayrest, along with the rest of the eastern High Rock-Iliac region. The newly-expanded Wayrest under King Eadwyre had stretched from across Anticlere's eastern-half to the Fiefdom of Gavaudon on the Bjoulsae River.[7]

Dwynnen is the capital of the eponymous barony, found deep in the west-central woodland, near the border toward Urvaius,[8] however sources such as the historical fictions, 2920, The Last Year of the First Era and The Refugees report that it is located on the coast with its own port.[9] The seat of power in the capital city is called Castle Wightmoor.[3]

In the historical fiction, 2920, The Last Year of the First Era, it was reported that Reman III's concubine, Lady Corda was escorted from across the Iliac Bay and through Dwynnen before she arrived to the Imperial City to meet the Emperor.[10] The book series also claims that the city is the home of the spy, Cassyr Whitley,[10][11] whose faulty intelligence led to Vivec's loss over the strategic fort, Ald Marak in the Four-Score War.[12] However, it is not clarified in more official sources that the information is true.

The capital city was sacked during the Battle of Firewaves and the streets were set ablaze and filled with hazardous smoke. The people would hide in cellars to avoid the volley of fire and the Captain of Othrok's Guard would try to rally refugees to Castle Wightmoor for better protection. According to the book, the Refugees, the mistress of the Camoran Usurper, Kaalys was present in Dwynnen and bore his son, Mankar Camoran.[3]