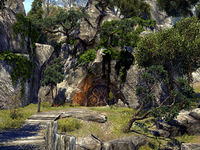 The entrance to Sanctum Ophidia

Sanctum Ophidia is an ancient Nedic temple in northern Craglorn. 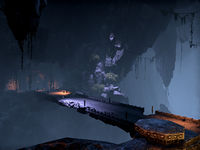 It is the stronghold of the Serpent and his Scaled Court. It has both a Normal and a Veteran mode, as well as a "Hard Mode" which can be triggered only in Veteran mode by desecrating the sacred banners of the Scaled Court. Hard Mode only affects the Celestial Serpent, making this boss fight far more challenging.

You will receive The Serpent's Egg-Tooth for defeating the Celestial Serpent with hard mode active.

There are 5 Achievements associated with this trial: