Welcome to the Unofficial Elder Scrolls Pages! We have been building a collaborative source for all knowledge on the Elder Scrolls series since 1995, and we could use your help! To begin browsing our site, you should select one of the games on the left side menu. If you would like to help us build the site, you can learn how to get started as an editor, read over the help files, or look through our guide to helping out. If you'd like to discuss The Elder Scrolls with other users, please consider using the UESP forums or Discord server.

This site's purpose is to provide information; therefore, most of the content contains spoilers.
All Content • Searching • Questions • How to Contribute • Help Files • Forums
We are currently maintaining 73,925 articles.

Elder Scrolls Online is holding a free trial for its ESO Plus subscription service. The trial will allow you to access all of ESO's current DLC, up to its most recent DLC, Markarth. All players will also have temporary access to the craft bag, double bank space, double furnishing and collectible space for player housing, exclusive dyes, and double transmute crystal storage. Additionally, all players can temporarily benefit from ESO Plus's 10% bonus to experience, gold, crafting inspiration, and trait research.

To gain access to the free trial you have to log into ESO, go to the Crown Store, select the ESO Plus tab, and select the free trial listing. The free trial is scheduled to run until January 26th at 10AM ET. If you do not choose to continue the subscription after the trial, any goods put into the craft bag during the trial can still be used, although more cannot be put into the bag. However, any transmute crystals obtained over the normal cap will be lost if the subscription lapses. Lastly, If you exceed the normal item limit in your player house, your items can remain as they were, but you will not be able to add more or exchange furniture. You can see the official announcement here.

The Elder Scrolls Online team has announced that the previously planned reveal event for the upcoming Gates of Oblivion story arc has been delayed. Originally scheduled for January 21st at 5PM ET on Bethesda's Twitch Channel, the preview will now be held on January 26th at 5PM on the same channel. The ESO team stated the change was due to the majority of their team living near the US Capital. Beyond the time change, the event appears to be sticking to its original plan of featuring Matt Firor and Pete Hines officially announcing the new chapter, before Jessica Folsom and Gina Bruno from the ESO Community Team take over after their presentation. Similarly, those who watch live on the 26th will still receive the Viridescent Dragon Frog pet and an Ouroboros Crate for ESO if they watch from a linked account.

The show itself will provide a look at the new content coming in 2021, with additional information being provided by Creative Director Rich Lambert, Art Director CJ Grebb, and Loremaster Leamon Tuttle during the presentation. You can see more details here, and even further details (including stream plans for specific regions) here.

For the first sales of the new year for the Creation Club, the Stalhrim Fur and Nix-Hound creations are temporarily available for free. By redeeming them during this period, they will be permanently unlocked to your account, even after the current sale ends. Additionally, the Mad God Bundle is 25% off, as are Hendhraheim, Spell Knight Armor, while The Gray Cowl Returns! and Arms of Chaos are 20% off.

The UESP and The Imperial Library recently had an opportunity to interview Modiphius Entertainment, the team behind the tabletop adventure wargame The Elder Scrolls: Call to Arms. During the interview we had a chance to speak with Gavin Dady, Senior Line Manager, and Chris Birch, Founder and Chief Creative Officer of Modiphius. We explored the creative process that goes into new sets, their relationship with Bethesda, their thoughts on other Elder Scrolls games, and much more.

Modiphius also used this interview to do a surprise reveal of their new miniatures based off of familiar characters from Elder Scrolls Online. The new models will also bring with them a series of new scenarios, including ones based off of ESO's cinematic trailers. They are scheduled for release sometime this Spring.

You can see the interview here. You can learn more about Modiphius and their games here. Modiphius Entertainment has also provided an exclusive game scenario for the UESP and TIL, which you can see here. The scenario features a conflict set in Riverwood, starring Ralof and Hadvar in a fight for control of the settlement.

From December 17 to January 5, the New Life Festival event has returned to Elder Scrolls Online. By completing seasonal event quests, you can earn tickets to spend on any of the four indrik evolutions that have been released in 2020, including the final berry towards the Crimson Indrik mount. This is the last event where indrik feathers will be available, so be sure to purchase an extra set if you wish to keep an unevolved Nascent Indrik. You can also obtain a Rosethorn Indrik pet using tickets.

This year's event introduces the Old Life Observance quest, allowing you to experience the Imperial traditions of the Old Life Festival. Two new quest rewards have been added this year: the Snowball Buddy pet and Imperial Charity Writs. Completing these new writs will reward you with a page from the icy Rkindaleft Dwarven style. These pages can also be purchased with tickets. This event also offers a 100% experience boost.

In addition to the above, a promotion is currently running whereby you will be rewarded with four Akaviri Potentate Crown Crates at the end of January if you gift purchase at least five event tickets from the Crown Store during the New Life Festival.

To mark the holiday season, the Saturalia Holiday Pack and Survival Mode Creations for The Elder Scrolls V: Skyrim Special Edition are temporarily free. There is also a temporary sale on the Dawnfang & Duskfang, Goblins, and Pets of Skyrim Creations at 20%, 25%, and 50% off normal price, respectively. Additionally, the Elianora Home Bundle has temporarily been discounted by 20%.

It is not entirely clear how long the current deals will last, especially in light of the recent delay of the expected new releases.

A brief teaser trailer for the upcoming year of content for Elder Scrolls Online has been released. The trailer features an Argonian and Eveli Sharp-Arrow unconscious, next to a book with the Daedric Oht being burned onto its cover. With the Oht now present on its cover, the book bears a notable resemblance to the Mysterium Xarxes. As the trailer goes on, various visions of grim locales pass by, seemingly causing Eveli to feel pain, before finally ending on a final shot of Mehrunes Dagon being confronted by Eveli. As Dagon turns to face her, Eveli wakes up, revealing the pupils of her eyes have been transformed into crosses.

You can see the trailer here. A larger preview will be held on Thursday, January 21st at 5PM EST over on Bethesda's Official Twitch. The 21st preview will feature Matt Firor and Pete Hines to officially announce the new chapter, along with Jessica Folsom and Gina Bruno from the ESO Community Team taking over after their presentation. Those who watch live will also receive a Viridescent Dragon Frog pet for ESO if they watch from a linked account. You can learn more about the upcoming preview here.

The Elder Scrolls: Blades has released Patch 1.10, just ahead of its New Life Festival event. Patch 1.10 brings with it new Event Quests, alongside a variety of fixes, minor quality of life improvements, and various new items and bundles in the game's store. The update has also revealed that the New Life Festival event will be playable from December 24th to January 2nd.

You can see the full patch notes for this and previous versions here. You can view the official announcement here.

Update: A later update has stated that the New Life Festival will instead be held from December 25th to January 2nd, shortening the event by a day.

After the surprise announcement that the Creation Club will return before the end of the year, Bethesda Softworks has announced that the release window has been pushed back. Cartogriffi, a Community Content Manager for Bethesda has stated that the release of new content for the Creation Club has been postponed, perhaps by a considerable amount of time. Cartogriffi went onto disclose there would not be another early announcement of launch goals in the future, instead waiting for the actual announcement to make an announcement.

This statement was originally posted the official Bethesda Community Forums, and can be seen here.

The Elder Scrolls Online team has announced that they will not be supporting the new ARM-based Macs in the future. Last summer Apple announced that their new Macs would stop using Intel CPUs, a change that would require all software running on Macs to either be rewritten, or run through an emulator. Matt Firor, the Studio Director for ZeniMax Online Studios has stated that they will not be porting ESO due to the difficulties inherent with that undertaking. At the same time, he has also stated that Intel-based Macs will remain supported for as long as there are enough users to justify it.

While ESO could be run on the new Macs through emulation, this experience is not going to be officially supported by ZeniMax. The official announcement can be seen here.

From the 3rd until the 15th of December, Elder Scrolls Online is holding its annual Undaunted Celebration Event. Don't miss your chance to obtain new and returning Opal Undaunted style pages, as well as the first three berries for the final Indrik evolution, the Crimson Indrik mount.

ESO has also been free to play from the start of this event until the 9th December, with the standard edition of the game currently on offer for 60% off.

Elder Scrolls Online is holding a minor event they have dubbed the Explorer's Celebration. With this event you will be able to harvest double the normal resources from nodes. Additionally, you will also receive double the normal experience from every single source that also stacks with any other active experience boost. Lastly, you will receive twice the normal amount of gold from monsters, quests, and similar sources for the duration of the event.

Unlike other events, the Explorer's Celebration does not grant Event Tickets, nor does it have its own quests, achievements, or collectibles. The Impresario will also not be available. 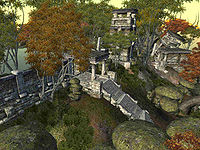 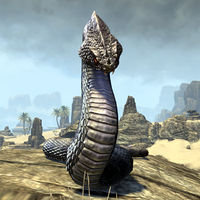 The UESP is one of the oldest independently-run gaming websites on the Internet, and has been supporting the Elder Scrolls community since 1995. You can support the UESP's continued operation through our Patreon, as well as receive various benefits. Another way to support UESP is to join the editors who help build the site. You can learn more about that here.

Support us on Patreon
Retrieved from "https://en.uesp.net/w/index.php?title=Main_Page&oldid=2287882"
Category:
Hidden category: