The UESPWiki – Your source for The Elder Scrolls since 1995
< Online: Places: Reaper's March / Crypts / Delves
Jump to: navigation, search

The cemeteries and graveyards of Reaper's March overflow with the dead slain in war after war, but at least their survivors could always count on them resting quietly. However, that was before Molag Bal began his Planemeld. 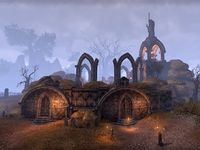 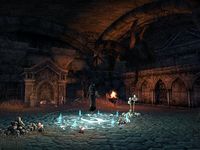 The Cairn is named for its most noted "guest," the famed Thibault of Kvatch. Thibault was a general of Colovia, and in his time some hundreds of years ago he was one of the anchor points for the Hastrel Cohort. The details of Thibault's death have been lost. 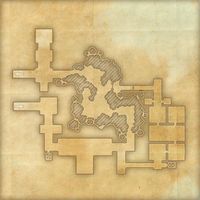 A map of Thibaut's Cairn

This Online-related article is a stub. You can help by expanding it.
Retrieved from "https://en.uesp.net/w/index.php?title=Online:Thibaut%27s_Cairn&oldid=2088496"
Categories:
Hidden categories: