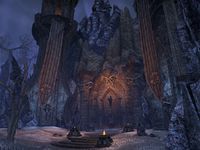 The Vaults of Madness is a group dungeon found in Coldharbour.

Gasteau Chamrond needs you to help him and his friends escape from the Vaults by destroying the Mad Architect. You can learn about its location from Tubidan the Alarmist in the Hollow City. 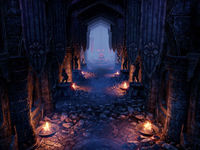