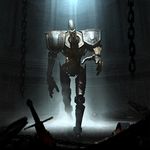 The Clockwork City DLC for ESO was released for PC and Mac players on October 23, 2017, with console players getting it on November 7, 2017. This DLC gives players access to a new zone and trial as well as new quests, and introduces Transmutation to the crafting system.

Now it has been announced a new premium story is coming to Legends on November 30, 2017, called Return to Clockwork City, a nod to the recently released ESO DLC. The story will add Factotum cards, as well as new Treasure Hunt and Assemble game mechanics. The full bundle will be available for $19.99, complete with alternate card art and a title; or in-game gold can be used to purchase three separate acts. For more information, read the official announcement. Clockwork City, here we come!