The UESPWiki – Your source for The Elder Scrolls since 1995
< Online: Places: Craglorn / Caves / Delves
Jump to: navigation, search

It's unclear whether the original name of this site was lost, forgotten, or deliberately expunged from the historical record. If they know, the sands aren't telling. 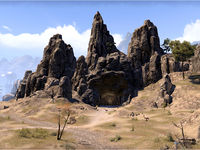 Buried Sands is a cave in northwestern Craglorn containing Anka-Ra warriors. It is also inhabited by groups of beetles and duneracers.

Explore and clear the Buried Sands.

The following boss is also found in the dungeon, but does not need to be killed to mark it complete: 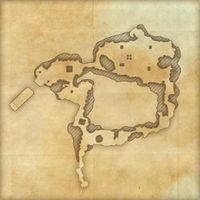 A map of Buried Sands
Retrieved from "https://en.uesp.net/w/index.php?title=Online:Buried_Sands&oldid=2161432"
Categories: