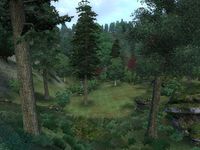 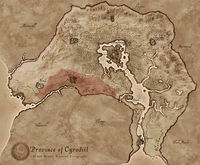 Map of the West Weald

The West Weald is an open countryside of southern Cyrodiil, well known for its vineyards and tomato farms. The city of Skingrad is located here. Within its province, the West Weald borders the Colovian Highlands and Gold Coast to the east, and a portion of the Great Forest region called the "North Weald". To the south of the Strid River it borders the Northern Woods region, sometimes called the "South Weald", within the provinces of Elsweyr and Valenwood.

This Lore-related article is a stub. You can help by expanding it.
Retrieved from "https://en.uesp.net/w/index.php?title=Lore:West_Weald&oldid=2656599"
Categories:
Hidden categories: