The UESPWiki – Your source for The Elder Scrolls since 1995
< Skyrim: Items / Magic
Jump to: navigation, search 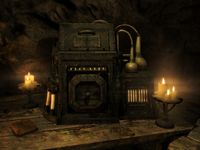 Spider scrolls are magical items that can be created with the imbuing chamber device found in White Ridge Barrow. Though these are not called scrolls by name, they appear in the "Scrolls" category of your gameplay menu. They can be equipped (held) in either hand and are thrown rather than cast. As with standard scrolls, anyone can use a spider scroll regardless of magic skill, and using one does not use any magicka; however, each spider scroll can only be used once. 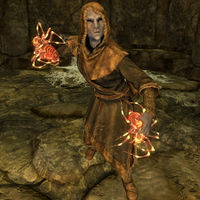