The UESPWiki – Your source for The Elder Scrolls since 1995
< Elder Scrolls Online: Items: Books(Redirected from Online:Letter from Leramil the Wise)
Jump to: navigation, search

This was a physical letter sent out in January 2023 to advertise the upcoming Shadow Over Morrowind story arc. A scan of the letter can be seen alongside another copy of the text. Under black light it reveals a symbol of Hermaeus Mora.

The tide of fate swirls around you with glorious fury, and has chosen you to serve as its surrogate in a crisis most perilous. The future of at least two worlds hangs in the balance. Your talent for changing destiny has been noticed, hence the reason for this letter.

Many paths lead forward, but only one ends with the survival of Nirn. At this particular moment, in this specific instance, you must be the thread that keeps reality itself from unraveling.

I shall summon you as soon as the inescapable fortunes of consequence show me where we are needed most. 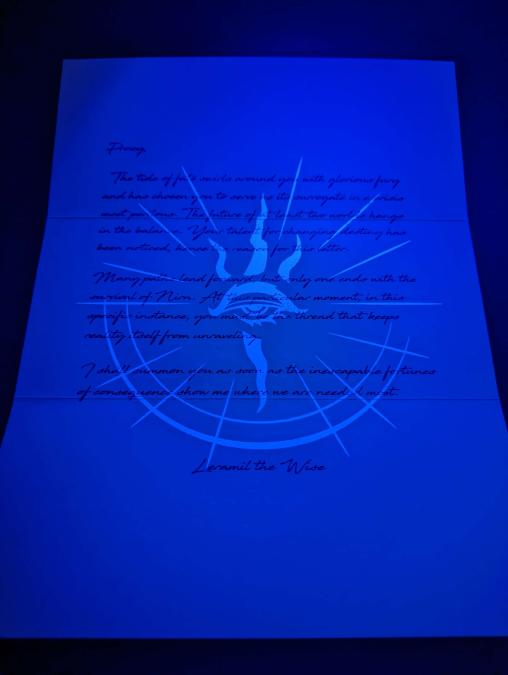