The UESPWiki – Your source for The Elder Scrolls since 1995
< Lore: Books P
Jump to: navigation, search
Pocket Guide to the Empire, 3rd Edition: Foreword
by Imperial Geographical Society 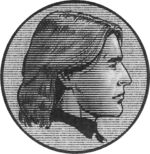 Uriel VII, Blessed of Heaven, Emperor, and Father and Son of Emperors,
Inspiration of Faith and Safeguard of Justice, Praise with Great Praisings!
May the Light of Your Wisdom and the Glory of Your Reign
Illuminate this Humble Work of Hand and Heart!

Come to me, Akatosh, for without you, my resolution falters, and my pen is still and dry,
though all the seas were full of ink, and the sky my parchment of dawn.

Come to me, Talos, for without you, my Lord and Emperor springs from rootless dust,
and the Empire is scattered before the winds of war and ignorance.

Come to me, Julianos, for without you, my wit is weak to sort the wheat from the chaff,
and my eyes should neither know the true from the false, nor sense from folly, nor justice from prejudice and interest.

Come to me, Kynareth, for without you, I might not know the mysteries of the world,
and so blind and in error, I might consume and profane the abundance of your beautiful treasures.

Come to me, Zenithar, for without you, like a child, I might fiddle and fret,
when only through struggle and labor may I craft a work worthy of your name and the name of my patron.

Come to me, Stendarr, for without you, I might be deaf to the manswarm murmurings of thy people,
and forgetting their need for comfort and wisdom, I might indulge myself in vain scribblings.

Come to me, Mara, for without you, I might forget the ways of our fathers,
and preening by the light of latest fashion, my words might tremble like the thin reeds of novelty in the tempest of enthusiasms.

Come to me, Dibella, for without you, my words must lie dull and leaden without the
gilding of grace and sagacity to enchant the reader's ear and eye.

Come to me, Arkay, for without you, there is neither breath nor beginning,
nor can any man live, love, or learn without the spark of your spirit.

When the first edition of the Pocket Guide to the Empire was published, over four hundred years ago, it was to describe and delineate a new nation under the Emperor Tiber Septim. Ancient independent kingdoms had tumbled; the war-weary citizenry were frightened, believing wild rumors and fantastical stories about the people of neighboring provinces: the very notion of a single Tamrielic Empire, the first in nearly a thousand years, was strange and foreboding. The book was intended to inform, educate, and reassure the people of a new empire.

The Guide continued in circulation, being reprinted in its original form for over three hundred years, unchanged while the Empire continued to redefine itself. A vicious civil war between rival cousins for the Imperial throne, a catastrophic insurrection in the west by the Camoran Usurper, a disastrous invasion of Akavir, and endless cycles of revolts and reformations, all went unmentioned in the Guide. At last, recognizing the original's multitudinous anachronisms, a second edition of the Guide was commissioned in the 331st year of the Empire by the Empress Morihatha. The Imperial Geographic Society was once again called upon to update its descriptions, remove most of the propagandistic tone of the original, and to reiterate and modernize the claim that Tamriel was in fact a unified Empire.

Much has changed in the one hundred and twenty one [sic] years since the Second Edition, and much has remained the same.

News of change still proceeds by the imperfect machine of gossip throughout the farms, hamlets, and cities of Tamriel. Fact is exaggerated, warped, inverted, and ignored in favor of superstition and old prejudices. Even the literate and well-traveled can believe and spread false information, depending on where they have been and what they have read. The need for a truthful and encyclopedic work is necessary.

If the parochialism of the population has not changed, what has changed is much of the Empire itself. In the west, whole kingdoms have been transformed by the events of the Miracle of Peace, sometimes called the Warp in the West. In the east, the ancient Tribunal has fallen and with it, the governance of the Temple. Wars during the Imperial Simulacrum have further changed the face of the Empire as we know it.

By the order of His Imperial Majesty, Uriel Septim VII, it has once again come upon the Imperial Geographic Society to prepare a new Third Edition of the Pocket Guide to the Empire. Our aim is simply to paint a portrait of our known world at this moment in history for the edification of our readers, who we hope will include every literate creature who calls this place home.

This must be by necessity an enormous painting, wide in scope. We must fall short of describing every blade of grass, and must be content with the knowledge that some day, it will be outdated, and a fourth edition will be necessary.

We begin with the widest and most fundamental of all views: the nature of our own existence.