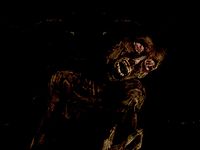 You can talk to the other Dark Brotherhood members about Astrid's conspiracy theory. You can tell them: "Astrid thinks a Family member may be conspiring with Cicero."

They all answer differently:

Arnbjorn: "She said that? If I find anyone working against my wife, or this Sanctuary, I'll beat them to death with their own severed head. Of course, they'd probably already be dead... But you know what I mean!"

Babette: "Oh! Well, I hope she doesn't suspect me. I mean, I've spoken with Cicero a bit, and he's quite charming. But I'd never go against Astrid. Never."

Festus Krex: " Ha! And would that surprise anyone? This Sanctuary's a mess. Wouldn't surprise me if somebody's talking to the fool on the sly. Making deals. And no, before you ask, it's not me. I know which side my bread is buttered on."

Gabriella: "To what end? Usurping Astrid's authority as leader of the Sanctuary? Hmmm... Yes, I can see her concern. Thank you for bringing this to my attention."

Nazir: "Does she? Listen, brother/sister... Astrid is my mistress, and I worship the ground she walks on. But this Cicero business has her a bit... paranoid."

Veezara: "You're joking. While I can understand if some family members wish to honor the Old Ways once more, surely no one would oppose Astrid's rule."

There is no option for asking Cicero, as this would ruin Astrid's plan.

You will need to pick the novice lock on the Night Mother's coffin, then step inside. The scene fades to black and you will soon hear Cicero begin to address someone. He pleads for his companion to speak, and complains that he must do all the work, but is ever obedient. Suddenly, you will see the Night Mother in the coffin with you; she begins to speak and you realize that she pities Cicero. He has been attempting to communicate with the Night Mother all along, however the Night Mother refuses to speak to Cicero because he is not the Listener. Outside the coffin, Cicero despairs of the Night Mother actually speaking to anyone, and at his failure at finding a Listener. Again, the Night Mother addresses you. She names you Listener and tasks you with traveling to Volunruud and speaking with Amaund Motierre. She instructs you to tell Cicero a covert phrase: "Darkness rises when silence dies".

The coffin opens and as you step out, a horrified Cicero demands an explanation. Tell him you are "the one", but he refuses to believe you. Tell him the signal phrase the Night Mother gave you and Cicero becomes ecstatic and dances a little jig. Astrid will burst into the room, alerted by the commotion. She comes to realize that there is no treachery or traitor, but is a little put-off by your assertion that you are now the Listener. When you explain what the Night Mother has asked of you, Astrid becomes defensive claiming, "I'm still the leader in this family". Astrid needs time to process all of this and sends you to take a contract from Nazir, rather than allowing you to go Volunruud, while she thinks about this turn of events. If you have already completed the first three contracts Nazir gave you then he will give you two new contracts, Kill Hern and Kill Lurbuk. If you have not completed the initial contracts, then Nazir will complain that you still have contracts to complete and urge you to get on with them. In either case, this quest will complete upon speaking with Nazir.