The UESPWiki – Your source for The Elder Scrolls since 1995
< Skyrim: People(Redirected from Skyrim:Torygg)
Jump to: navigation, search 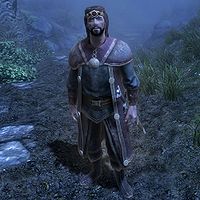 High King Torygg was the Jarl of Solitude and High King of Skyrim until his death at the hands of Ulfric Stormcloak in 4E 201. Torygg's father Istlod ruled as High King for almost twenty-five years, and upon his death, the moot formally named Torygg his successor (despite the disruptive presence of Ulfric, who used the forum to voice his desire for Skyrim's independence). Torygg found Ulfric's calls for independence moving, and respected him for voicing such a bold, borderline treasonous opinion. That is why when Ulfric came to see him in Solitude, Torygg intended to hear more of his arguments for independence with an open mind; neither he nor his court suspected that Ulfric was there to challenge Torygg until it was too late to stop it.

According to Ulfric, he challenged Torygg for the right to be High King, knocked him to the ground with the thu'um, then dispatched him with a sword. Some others say Ulfric "shouted him to pieces" or "ripped him asunder". The Empire and a number of the Jarls, however, viewed the killing of Torygg not as the result of an honorable duel, but as regicide, due to the fact that Torygg was young and had only limited martial training, while Ulfric was a war veteran wielding the power of the thu'um, and moreover, that the duel had been Ulfric's first choice of action, rather than diplomacy. According to his court wizard Sybille Stentor, Torygg had held Ulfric in high regard, and he might have been persuaded if Ulfric had simply asked Torygg to stand with him. Upon Torygg's death, his beloved wife Elisif the Fair succeeded him as Jarl of Solitude, and sought to claim the title of High Queen, with the Empire's backing.

He wears the unique embroidered garment, a pair of cuffed boots, and a gold and ruby circlet. He is armed with a steel sword.

If you encounter him in Sovngarde he will tell you that he feels sorry for his wife, saying, "When Ulfric Stormcloak, with savage Shout, sent me here, my sole regret was fair Elisif, left forlorn and weeping. I faced him fearlessly - my fate inescapable, yet my honor is unstained - can Ulfric say the same?"

If you encounter him before Alduin has been defeated, Torygg may say: "Beware! The World-Eater waits within the mist!" or "Do you know the way? I'm weary and lost." or "Turn back! Before he finds you!" or "There is no escape. Courage is useless."

If you encounter him after Alduin is defeated, Torygg may say: "The mist is gone! A glorious day!" or "The World-Eater is dead! The way is now clear!" or "All hail the Dragonborn! Hail him/her with great praise!" or "You saved us all. We will sing of you forever."