Polymorphs are cosmetic collectables which visually transform your character completely. They take precedence over all other cosmetic and equipment items. Polymorphs were originally classed as costumes.

"Become one with death, allowing it to flow from within you and change your very appearance. This Polymorph will also override any currently equipped Personality."

The Accursed Death polymorph is available as an Apex-level reward in Nightfall Crates. It has separate forms for Argonians and Khajiit. Using this polymorph also overrides your equipped Personality with feral animations similar to Bloodfiends.

"Yea, those brothers and sisters who have spoken the Litany of Blood may thereafter walk as Cadaverous Assassins, striking fear of loathsome death into the hearts of all who behold them."

Unlocked by completing the Litany of Blood achievement.

"It seems that permanent residence within a titanic factotum wears heavily upon one. A vacation, then, may be better for the soul in the end." 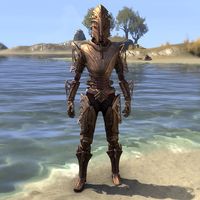 Found inside a Runebox: Clockwork Reliquary, which drops rarely in Asylum Sanctorium, in the hardest configuration of Veteran Mode. Overrides any equipped personality too.

This guise makes the wearer appear to have withered flesh beneath ancient Nord armor—perfect for lurking in tombs. 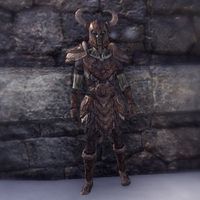 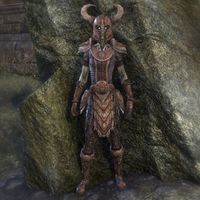 , and is now available as a Legendary-level reward in Sovngarde Crates.

When Emperor Tarish-Zi returned out of the mists of the past, his ancient warriors rose from the dead to serve him as the stony Anka-Ra, undead that seemed hewn from rock itself. …It could be a good look for you.

The Dread Anka-Ra polymorph was available from the Crown Store for 012001,200

Abandon the false form of Nirn-Prior, ash-child, and assume the perfected figure of a Factotum! Move with clockwork precision and set aside the flaws of the et'Ada gears. Anuvanna'si! This Polymorph will also override any equipped Personality. 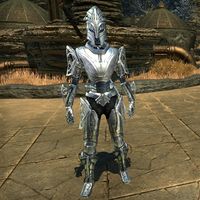 . Also found in Baandari Pedlar Crown Crates as a Legendary reward, or purchasable for 00100100

The Barons-Who-Move-Like-This are paragons of the martial arts styles of Oblivion. They are also psycho-magical projections from the mind of Daedric Demiprince Fa-Nuit-Hen, his concept of perfect masters of combat. 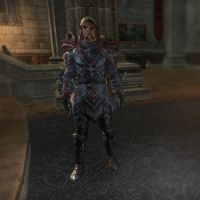 The Maelstrom Baron polymorph is acquired by completing Maelstrom Arena in Veteran Mode.

A Pumpkin Spectre is like a horrific figure from a skooma-induced nightmare! And with this costume, the wearer can take on the semblance of these dread monsters.

The dark magic that makes a spectre animate a scarecrow is thought to be related to those spells that create lurchers from spriggans. Wherever they come from, this costume enables the wearer to appear to be one of these Scarecrow Spectres. 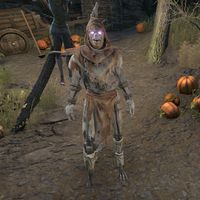 This guise causes the user to take on the appearance of a living skeleton. 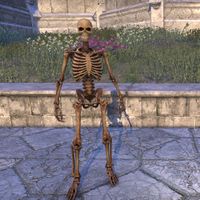 The Skeleton polymorph is received as a reward for completing The Bargain's End in Shadowfen.

Before the Collections menu came out with Update 6, there were originally 3 different versions of the Gemstone of Skeletal Visage inventory item, each with a different level requirement depending on your alliance.

Ebonheart Pact players who completed this quest would have obtained a Level 25 Gemstone of Skeletal Visage.

Wear Hircine's Gift with pride as the leader of the lycanthrope pack with the Werewolf Lord polymorph. Time to howl!

Allows your character to turn into a Werewolf Lord. Usually sold in the Crown Store during the month of October for 012001,200

. Vykosa the Ascendant is a Werewolf Lord that can be encountered in-game.

Pay homage to Nocturnal the Night Mistress by assuming the appearance of her horrific half-bird servant! 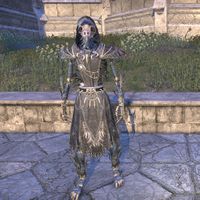 . It is also available as a Legendary-level reward in New Moon Crown Crates.

Xivkyn with exceptional mystical talents are subject to the horrific mental intrusions of the God of Schemes, shattering their mind and making them conduits for his dark visions. The Augurs are chief among these ravaged sorcerers.

The dreadguards are the armor-clad shock troops of Molag Bal—utterly loyal, fearless, and bereft of the pedantic attitudes of the lesser Dremora-kyn.

Tormentors are those among the Xivkyn schooled in the anatomies of both mortals and Daedra, studying the arts of inflicting pain over several lifetimes of men and mer.