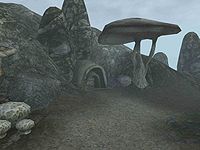 Senim Ancestral Tomb is a large tomb southeast of Dagon Fel on the island of Sheogorad. 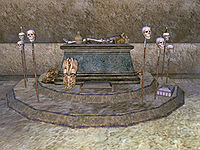 The resting place of Pop Je

The tomb is the last known location of the elusive Ring of Phynaster. There are ten undead guarding this large tomb. The loot is pretty good, including some potions, some minor equipment (including a full set of bonemold armor), five scrolls, some ingredients (including a Ghoul Heart, Daedra Skin and Dreugh Wax), a journeyman lockpick and hammer, and a key to a locked (20) chest. The Ring of Phynaster, Pop's Amulet, and the Bone of Pop Je can also be found on the corpse of Pop Je.

There are four known members of the Senim family: 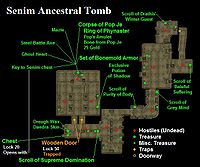