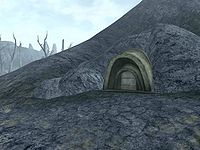 Aran Ancestral Tomb is a medium-sized tomb east of Lake Nabia in the Molag Amur region.

To find this tomb, start from Marandus and head due east across the water. You should see Vandus Ancestral Tomb right when you get on the other shore. Follow the nearby path east, and then follow it north when it turns. The Aran Ancestral Tomb will be on your right. It is southwest of Galom Daeus. This tomb is guarded by four undead and a Daedra. There is a shrine of St. Veloth here. The loot includes a potion, a dragonscale tower shield, some other minor equipment, some ingredients (including a ruby), and a key.

There are no known members of the Aran family. 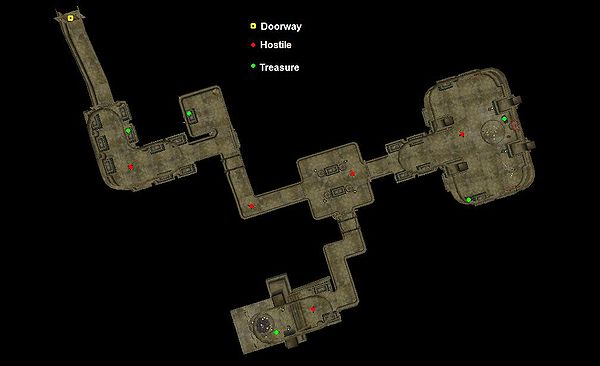