The UESPWiki – Your source for The Elder Scrolls since 1995
< Skyrim: Dawnguard: Quests: Miscellaneous
Jump to: navigation, search

This quest can only be started within the Soul Cairn. It can be started one of two ways, either by interacting with the distraught soul or by simply finding Arvak's skull. The soul who starts the quest can be found between where you enter and the large wall dividing the Soul Cairn. When first approaching him, you will hear him calling out to Arvak in distress, yelling, "Arvak! Arvak, where are you? Arvak, please come back! Come back!" and calling his name repeatedly. If you speak to him, he'll plead with you to help find Arvak. You'll have to ask him what he's talking about, and he'll explain, "Arvak. My horse. We came to this horrible place together. We were attacked by monsters, so I told him to run." He tells you how loyal Arvak is, and that the poor creature has been running for too long. He begs you to find Arvak's skull, giving you a quest to locate it. Arvak will then begin appearing at random and briefly running in the direction of his skull before disappearing again.

From the entrance to the Boneyard, where Valerica is, head directly east. You will be able to see the tower and the four ghosts surrounding it, kneeling as if in prayer. Upon approaching the skull, the souls will turn into mistmen. After dealing with them, you are free to take the skull, causing the soul of its owner to materialize nearby, a short distance away from the shrine. He will thank you considerably, saying, "He's such a loyal beast. Here, I'll teach you how to call him to you." You will now have access to the spell Summon Arvak, which allows you to summon Arvak both within and outside of the Soul Cairn. Arvak's behavior is similar to a regular horse, though he will dissipate after 60 seconds from when you summon him if you are not mounted. As you walk away from the soul, he will express deep gratitude and joy to see his horse become free of that eternal prison; telling you, "Goodbye, hero! Take good care of Arvak for me! Such a good horse."

After you have spoken to Arvak's rider, or if you decide simply to go to the skull initially and you are having trouble navigating the Cairn due to the poor in-game map visibility in comparison with the map presented below, try the following procedure:

Walk through the dividing wall between the two halves of the Cairn to the side containing the pentagonal building, and stand a point in front (the northern most side) of the first fully intact gateway structure facing the south-western barrier along the path. Check your map, and then use it to rotate your character roughly 15 degrees East of North (to the right). Your gaze should be fixed somewhere in between the south-eastern most corner of the pentagonal building and the barrier of the Cairn opposing it. Walk straight in that direction, taking care (using the compass at the top of the screen) not to deviate from a straight path. The winding and discontinuous pathways beneath you are will only serve to get you lost, so ignore them. Travel in a straight line. If an obstacle comes in your way, or combat occurs and throws you off, re-orient yourself so that you are facing the same direction and are following the same line. You will find the skull just past the point where your position relative to the south-eastern corner of the pentagon and the line you traversed is at a 90 degree angle. You will know that you have found this point when you are able to turn back along the same line you came on (an about face, or 180 degree rotation, looking back in the same direction you came from), then after turning 90 degrees to your right you will be directly facing the south-eastern corner of the pentagonal building. A short walk past this point traveling in the same direction will put you at Arvak's Skull skull. When you reach the skull, turn 15 degrees south of east and travel a hundred paces or so, then you will come across Arvak's rider to conclude the quest. 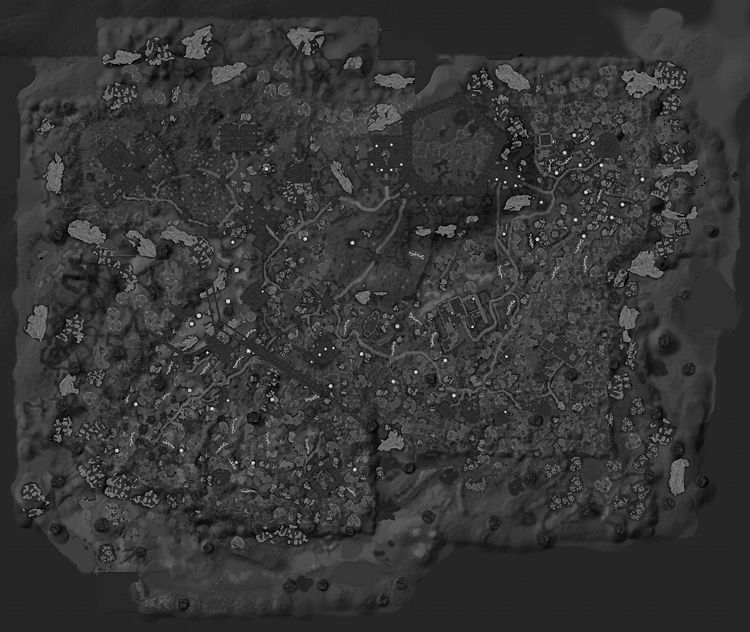 Notes
* Any text displayed in angle brackets (e.g., <Alias=LocationHold>) is dynamically set by the Radiant Quest system, and will be filled in with the appropriate word(s) when seen in game.
Retrieved from "https://en.uesp.net/w/index.php?title=Skyrim:Soul_Cairn_Horse_Quest&oldid=2503416"
Categories:
Hidden categories: