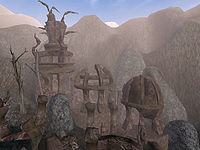 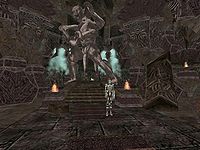 The shrine is located northeast of Balmora, just inside the Ashlands region. The outside is guarded by several leveled daedra. It is home to a couple of tough Daedra worshippers, including Thovasi Alen, who wears the Shoes of Sanguine Stalking needed for a Morag Tong quest. In addition to possessing the Shoes of Sanguine Stalking, Thovasi offers medium training services to anyone who can successfully calm her or sneak up on her. She trains Short Blade, Light Armor, and Sneak.

The Raw Ebony on the altar is cursed. 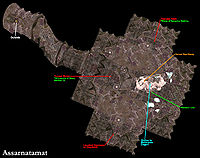