The UESPWiki – Your source for The Elder Scrolls since 1995
< Shadowkey: Places
Jump to: navigation, search 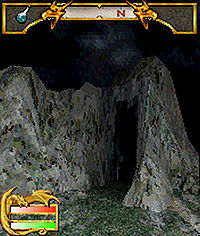 Earthtear Caverns are a large underground network of chasms and tunnels inhabited by spiders, rats and common wormmouths. It plays a brief role in the main quest, as Skelos Undriel insists you cleanse the caverns of vermin to create a secure place for him to stay before he will give you more information about the Shadow of Conflict. This quest can however be bypassed entirely by clearing the dungeon out beforehand.

Additionally, Earthtear Caverns also plays a role in several sidequests, linked below. It can only be accessed from Azra's Crossing.

The caverns get their name from the huge rents in the earth that dominate the area. There are two chasms, each of which is crossed by one rocky bridge. The main enemy in the caves is spiders, so it's lucky that the Spider Impaler can be found in a chest in the northwest.

† Only appears here after a related quest is completed 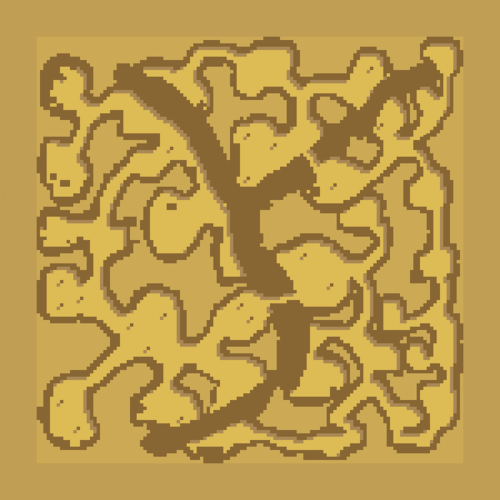 The level's Shadow Gate is somewhat unusual in that it is invisible. Approach it without the Spider's Shadowkey and you will receive the message:

"Your shadow distorts and twists on the floor. You feel as if someone stabs your neck with an icicle. 'You have neither my permission, nor the key,' rasps a voice. 'You may not enter.' An unseen force blocks your way."

If you approach with the key, you are told:

"Your way is blocked by an unseen force. A whispery voice says, 'You...,' then disappears in a shrill shriek. You may now enter the room."

Inside you will get comments inquiring your indentity from two undead:

"(A desiccated pair of undead bar your path.) One speaks, with a voice like leather being torn, 'Pergan.' The other says, 'No, not him. Hum of blood, warm, this one.'"

Inside the Shadow Gate, you can find a crystal that can be shattered to reveal an enchanted ring called Azra's Bandage, which as it implies, heals you. It belongs to Azra Nightwielder:

"Shadows slide and slip over the surface of one crystal. As you approach, it cracks, pieces fall away to reveal an item. "Interloper, neither key nor Azra's Handiwork are for you. What you take from him today, later I shall take from you thricefold". The voice fades, leaving you alone in the cavern."