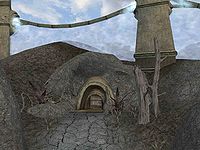 Fadathram Ancestral Tomb is a small tomb south of the Ghostfence in the southern Ashlands region. 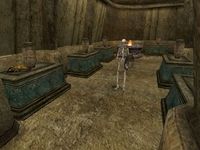 The tomb is just outside of the Ghostfence, straight east from Ald'ruhn. You will find three undead in this tomb. The loot consists of a few potions, some minor equipment (including a Redoran Guard Shield), some ingredients, and an Apprentice's Lockpick. The key to the door is on a ledge near the entrance.

There are no known members of the Fadathram family. 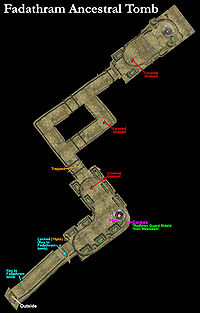