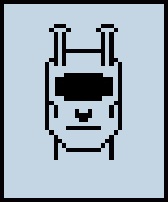 Dinmenel is the author of several Elder Scrolls fan-fictions.

WIP, don't have pages yet.

1. Wy-Naught and the Pear-You-Eat In which we meet the namesakes, and the Law is broken.

2. Wy-Naught and the Dreaming Bawn In which Wy goes on a walk, and learns the Joy of snow.

3. Wy-Naught and the Many Mothers In which our Beast of Bad makes a Nun of None.

4. Wy-Naught and the Sands of Solace In which Wy thinks up her first crackpot theory, and Knot goes for a swim.

5. Wy-Naught and her own good In which Wy gets a history lesson, and so do you.

the Chandler An exploration of the interplay between settled and nomadic Dunmer on the island of Vvardenfell, as told by the courtship of Vos' fat-smith, Maissel, and Maela, a young Ashlander. 98k words.

In Pedo Impedimenta A long-winded look into the workings of Altmeri culture and soil magic through the eyes of one Jon Urfe, an Imperial scholar from the College of Whispers. Written in the spirit of Charles Dickens, so reader be warned. 176k words. Unfinished.

The Epithalamium of Arimatha Personal account of a Dwemer woman in the Merethic era. Details her life, love, culture, and philosophy. Explanatory scholarly exchange included.

In Pursuit of Diapause Deletion Telvanni magitechnical communication as intercepted by an agent of the College of whispers, plus censure by the temple of Arkay.

Staring at the Summerstrand Wylandriah's notes on the Summerstrand, the trans-temporal, trans-spatial matrix in which elves approximate Aether in Oblivion. Touches heavily on Altmeri philosophy. Part of the Sordid Court ARG.

Minutes of the Thalmor Supreme Thalmor elite discussing a proposal for an orbital doomsday device.

Decretal Dehiscent Mission statement of the Thalmor. Outlines the Thalmori outlook as a counterpoint to that of the edaphomancers.

Wylandriah's Psychometric Glove Compartment A letter from Riften's court witch to Urag gro-Shub, keeper of the Arcaneum at the College of Winterhold.

Hjalti's Razor The assassination of Emperor Zero, as told by the blade that slit his throat. Part of the Albatross ARG; collaborative effort.

The Ogmismol: An early Atmoran translation of a Draconic epic. Illustrates the connection between Xarxes and Hermaeus Mora.

Mara: Nightmare of Anu An analysis of the nature of Love as presented in the Loveletter, contrasted with the love of Mara. Meant to explain why Mara, goddess of love, is never mentioned in connection with Amaranth and its Love.

What is Truth? Discussion of the usage of 'truth' in the 36 Lessons of Vivec. Companion piece to Wy-Naught and Her Own Good.