The UESPWiki – Your source for The Elder Scrolls since 1995
< Shadowkey: Creatures
Jump to: navigation, search

Fanged Gouti are a group of two legged, spellcasting horned creatures with glowing yellow eyes that can be found in the world of Shadowkey. They collectively have appear to have backs that are lined in plates of armored scales, pointed mouths that are almost as large as the rest of their body, and their gums are exposed in varying degrees. They are similar in both size and appearance to Kagouti, however it is important to note that any relation to Kagouti is unknown, despite the namesake. They can be found in many places in Shadowkey, such as Broken Wing, or Raider's Nest.

Note that the term "Fanged Gouti" does not actually appear in-game and is taken from game data describing this category of creatures. 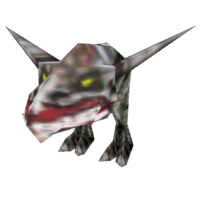 Wickeders are the weakest type of Fanged Gouti that can appear in Shadowkey, they appear exclusively in Raider's Nest, patrolling the corridors for anyone not authorized to be there. If you have the correct colored amulet, corresponding to the respective colored area of that dungeon, they will be passive towards you. However, if you do get into combat with one, they will fire Level 2 Paralyze spells at you, so try to avoid their projectiles, or bring a Remove Enchantment spell with you. On death, they have a 16.7% to drop Wickeder Skin, which increases your Armor and Defense stats by 2pts for 120 seconds. 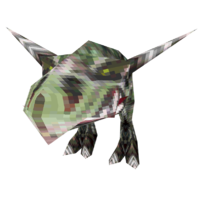 Savage Bounders are a rarer type of Fanged Gouti, with only a limited number spawning within each zone within Raider's Nest. They aren't that much stronger than a Wickeder, dealing slightly more damage, while retaining the same amount of health. They will attack you regardless of you wearing the correct color amulet or not, so be prepared. Similarly to Wickeders, they also will fire Level 2 Paralyze spells at you. On death, they have a 16.7% to drop Bounder Skin, which increases your Armor and Defense stats by 2pts, and Strength stat by 10pts, for 120 seconds. 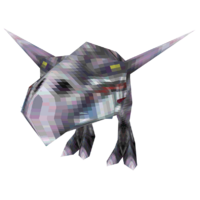 Clawrunners are short, pale-scaled, biped horned creatures, that can appear in various dungeons throughout the world of Shadowkey, for example Broken Wing. Clawrunners are relatively tanky creatures, with a high amount of health. They also can fire level 2 Paralyze spells at you, so try to avoid their projectiles, or bring a Remove Enchantment spell with you. When killed, Clawrunners have a 16.7% to drop Clawrunner Skin, which increases your Armor and Defense by 2 pts, and Strength by 10pts, for 300 seconds.