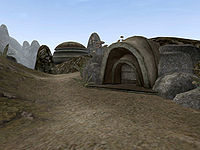 Shara is a Velothi tower owned by the Mage-lord Tirer Belvayn. The tower is located on the southwest coast of the island of Sheogorad. It's located on a small peninsula and potentially tricky to find. If you find a tomb, go back to the closest road intersection, then take the road west-northwest instead of south.

There is not much in the way of loot here, except for a few scholarly books. The guardians within are three leveled skeletons and a leveled daedra (specifically, a dremora or daedroth). 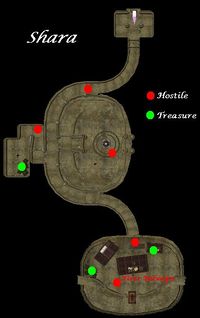