The UESPWiki – Your source for The Elder Scrolls since 1995
< Arena: People
Jump to: navigation, search

You arrive in a new town, you are weary and seek rest, perhaps your weapon or armor is in need of repair, or maybe you need more potions before you continue on your quest. Perchance the quest you are on has directed you to an unfamiliar destination ... fear not, there is a Town Guide not far away that can help you.

Town Guides are found everywhere by day, but at night you must seek them at unique outdoor locations throughout the town or inside certain Inns. 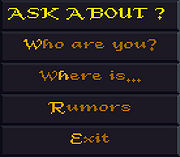 The Main Menu provides you with several choices.

Find out more about the person you are speaking with, you may be surprised by what they say 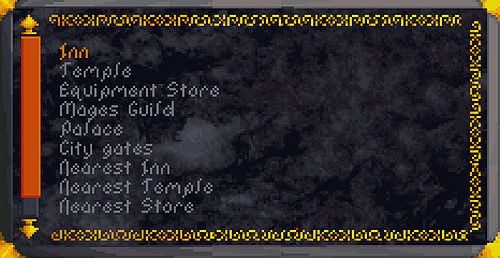 Guidance to locations both in the town and outside the walls can be obtained here. Unless you are reasonably close to your destination, the Town Guide will only provide general, compass, directions.

If you are looking for quests to earn some gold, or you just want to learn more about the town and current events, this is what you need 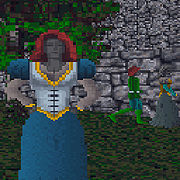 Although they have many occupations and seem to be in a hurry to their destinations, local Roaming Citizens are happy to stop and provide you with directions or the latest Rumor. Be sure to sheath your weapon, or they will keep their distance from you. Knowing how dangerous their town is at night, Roaming Citizens will head home when the sun sets. 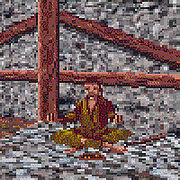 The flurry of motion from the arms of a desperate seated man attract your attention. Perhaps this Beggar would be able to answer your question? 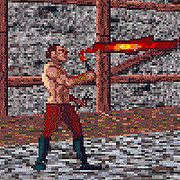 You pause to admire the skill of the Fire Breather. As an Entertainer knows where the best audience is, surely he would know the answer you seek. 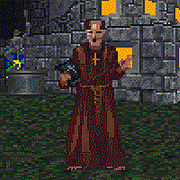 A look of sincere concern falls over the face of the Friar near the Temple. Inquiring with him will surely bring a helpful response. 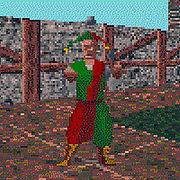 'round and 'round they go, one ball after the other, always kept in motion. This highly skilled entertainer must know the answer to your question, ask him.

Wizard outside the Mages Guild[edit] 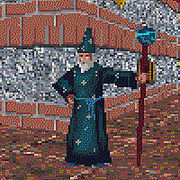 Celestial energy radiates from the Wizard standing outside the Guild. Surely his mystic powers can answer your question.

King's Mistress in a Blue Dress 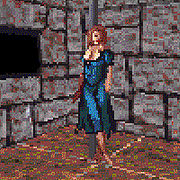 King's Mistress in a Blue Dress

Her pivoting shoulders catch your eye. She smiles and flirts with you. You wander over to her (hoping that nobody is watching) to ask her the questions on your heart.

King's Mistress in a Gold Dress 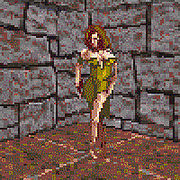 King's Mistress in a Gold Dress

The light shining down makes her appearance radiate. You come closer hoping you can muster the courage to ask her for help.

King's Mistress in a White Dress 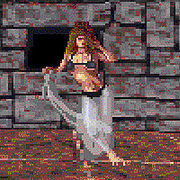 King's Mistress in a White Dress

A beckoning smile and the undulating motion of her hips draws your attention to this scantily clad Mistress of the night. You ponder the secrets only she would know. 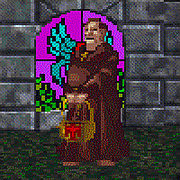 You pause to observe the humble Monk reciting his prayers outside the Temple. His wisdom and knowledge has helped others, surely he can help you too. 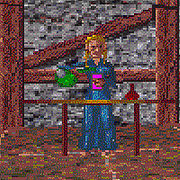 A woman stands behind a table and carefully pours one ingredient into another. Perhaps she has what you seek or can help you find someone who does? 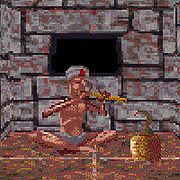 You hear the distinct music of a foreign land and your senses tingle, then you see that it has affected a snake as well. A man of such talents could also be helpful to you. His snake is called "Demexena". 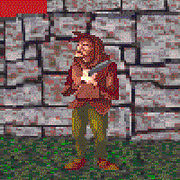 You see a man impatiently beating a club against his hand. You take a deep breath and approach him hoping he will provide information without a suitable bribe.

Minstrel with a Brown Hat 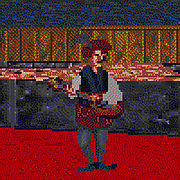 Minstrel with a Brown Hat

You listen patiently as the Bard tells a tale of heroes long past. When the music stops you approach him and ask for information.

Minstrel with a Green Hat 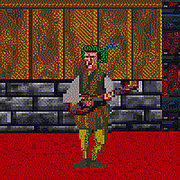 Minstrel with a Green Hat

A lilting melody attracts you to this talented Minstrel, you marvel over his nimble finger technique. As he pauses between songs, you bolster the courage to ask for information. 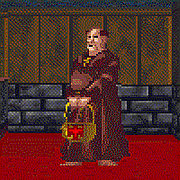 You pause to observe the humble Monk reciting his prayers. His wisdom and knowledge has helped others, surely he can help you too.