A typical landscape in Hammerfell 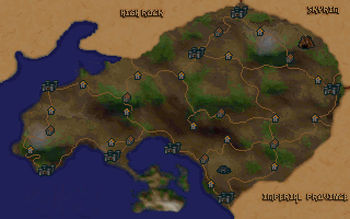 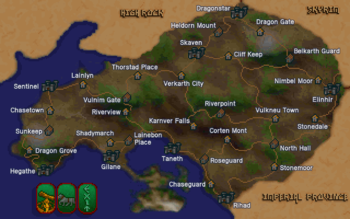 Hammerfell with all settlements labeled

Hammerfell is one of the nine provinces you can visit in Arena and the starting locations for Redguard characters. It is a desert region in the west of Tamriel, bordering the Imperial Province to the southeast, Skyrim to the northeast, and High Rock to the northwest. Starfall Bay separates western Hammerfell from High Rock's peninsula.

During the Main Quest, you will travel to Stonekeep, as well as locate the first piece of the Staff of Chaos in Fang Lair.