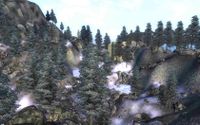 A view of Pale Pass

Pale Pass is a secluded mountain pass through the Jeralls which can only be reached via the Serpent's Trail, which in turn only appears after Lifting the Vale has begun. Fort Pale Pass was once the secret command post of the ancient Akaviri invasion, and is the last known location of the Draconian Madstone.

An unlucky thief also hid a unique magical ring in the area, which can be uncovered by following a short treasure hunt. 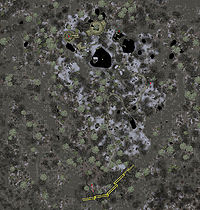 This Oblivion-related article is a stub. You can help by expanding it.
Retrieved from "https://en.uesp.net/w/index.php?title=Oblivion:Pale_Pass&oldid=1437711"
Category:
Hidden categories: