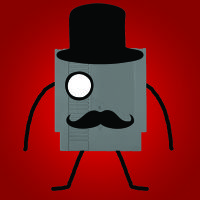 Hi! My name is James. I'm a college student at Iowa State University studying psychology for a career in family marriage counseling. I live with my wife Samantha and our very spoiled chihuahua Princess. I'm a huge Elder Scrolls lore nerd and avid Elder Scrolls Online player. If you ever need help on ESO You can find me on the PC NA ESO server as @retroambassador. I'm a member of the UESP guild.

Main Projects: I'm currently working on walkthroughs for side quests in Vvardenfell

Walkthroughs for The Fangs of Sithis, Collector of Pelts, Echoes of a Fallen House, The Naked Nord, Unsettled Syndicate, A Web of Troubles, The Heart's Desire, Bound by Love, The Runaway's Tale, Meridia's Brilliance, The Magister Makes a Move, and The Heart of a Telvanni.

dialog additions/additional work on Breaking Through the Fog, Into the Outside, If the Spell Fits, Jumping Ship, Ancestral Adversity, and Rising to Retainer. 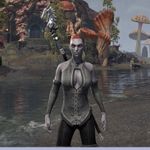 Headcannon:
Bloodrayne Telvanni is the result of Divayth Fyr's experiments into vampirism. Fyr was interested in learning if it was possible for a vampire to procreate with a mortal. While exploring Galom Daeus Fyr's apprentice was infected. Fyr manipulated her respect for her master and her need for blood to sustain herself and convinced her to bear a child with him. Fyr kept his apprentice well sustained on the blood of his slaves. Despite his power and knowledge Fyr's apprentice died in childbirth. With his apprentice dead and having no intention of looking after a child himself, Fyr moved on to new pursuits leaving the child in the charge of his servants. Bloodrayne grew up in Tel Fyr. It was obvious that she was powerful, possibly even more powerful than Fyr himself. Fyr however, was rarely home and spent most of his time away from Tel Fyr exploring Tamriel and even the planes of oblivion. eventually after years of being ignored by her father one night in an act of defiance Bloodrayne helped all of the slaves in Tel Fyr escape. She traveled with them to Seyda Neen where they booked passage to distant shores. After traveling Tamriel for around a decade Bloodrayne decided to finally return to Vvardenfell starting the events of Broken Bonds.

Roleplay Style:
Bloodrayne is a powerful Pyromancer. She is generally altruistic but will not hesitate to strike down those who hurt her friends. She is selfless and kind to those in need. much of her personality is in direct defiance of the Telvanni ideals of "might makes right"

Creation History:
Bloodrayne is my main character on ESO and my designated crafter and DPS. She was the first character i created on Xbox when i first started playing at the release of the Morrowind Chapter she was eventually raced changed into a male imperial then swiftly deleted in frustration after lag caused me to choose the wrong option during Blood Upon the Soil. I then started over with a new Bloodrayne on Xbox. I moved platforms over to PC at the release of Greymoor and made a third Bloodyrayne which is my current main character. 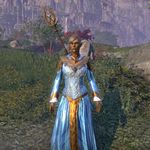 Headcannon:
Aurora Galerion is the niece of Vanus Galerion. She believes whole-heartedly in the guild and what it stands for. She is humble and does not care to be the center of attention. Aurora was taught Psijic healing magic by Vanus and uses it quite proficiently.

Roleplay Style:
Aurora's personality is based on what I believed Vanus Galerion's should have been. In the lore he founded the Mages Guild to bring the benefits of magic to the general public. When met in ESO he seemed too arrogant and full of himself when I thought his character should have been humble and wise.

Creation History:
I originally created Aurora to play through the Summerset chapter back when I was on Xbox. I moved platforms over to PC at the release of Greymoor and made a second Aurora which is my current designated healer