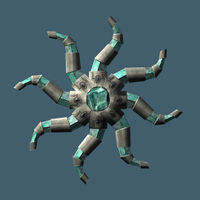 Azura's Star is a Daedric Artifact awarded to you by Azura if you purify her broken star by returning it to Azura's Shrine as part of The Black Star quest, you will also get the priestess as a follower. If you return it to Nelacar instead, the reward is the Black Star. The star is a zero weight reusable grand soul gem. Recharging weapons or enchanting objects with Azura's Star merely uses up the soul that it was carrying, not the star itself, unlike what happens to a regular soul gem. The possibility of multiple uses makes the star beneficial for both enchanters and other adventurers.