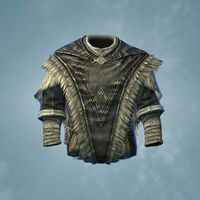 The Archmage's Robes are a set of hooded robes that are awarded to you after completing The Eye of Magnus. They provide boosts to all magic based skills except Enchanting, plus bonuses to magicka and magicka regeneration.

Enchantment from the robes is called "Skein of Magnus" in the CK, but the robes in the game cannot be disenchanted (unless using a specific mod for that).