The UESPWiki – Your source for The Elder Scrolls since 1995
< Shadowkey: Creatures
Jump to: navigation, search 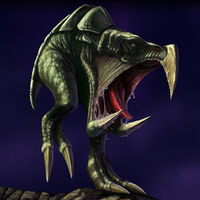 Wormmouths are large, two legged, naturally armored hostile reptiles; similar in both size and form to Alits or Kagouti. Much like these, they feature a disproportionately large mouth to their body. However, they are differentiated from their related cousins by their two large protruding teeth and tusk-like beak nose.

They can be found anywhere from caves such as Earthtear Caverns, or out in the wilderness, such as Ghast's Pass. There are three main types of Wormmouth you can find in Shadowkey, listed below. 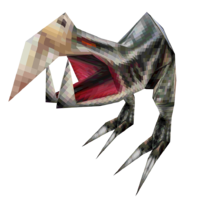 The most common type of Wormmouth, it can appear in caves and in the overworld. They are distinguishable due to their grey/brown colored scales and piercing red eyes. Common wormmouths have a 25% to drop a Healing Potion when killed. 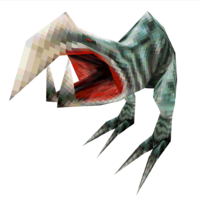 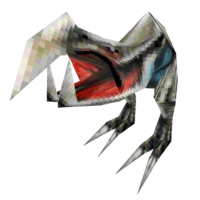 Horrid Wormmouths are the rarest, and strongest kind of wormmouth, usually appearing only in caves, or dungeons, such as Broken Wing. They appear mostly identical to the common Wormmouth, however they can be distinguished due to the light blue accent color on their jawline. On death, they have a 33% chance to drop a Horrid Tongue, which increases magic resistance by 5pts for 180 seconds.