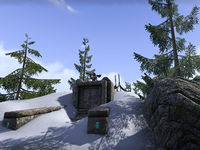 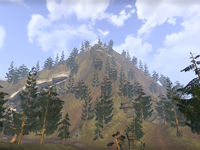 The mountain from a distance 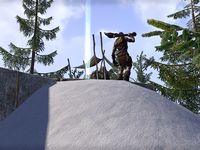 The Skyshard at the summit, with Malvor 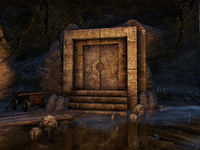 The Ayleid ruin entrance in the caves

Unlike other zones, there is no achievement for discovering the Striking Locales in Cyrodiil, but an achievement is unlocked for finding the skyshard here, as the mountaintop is considered separate from Ebonheart Territory. Thus, this is not part of the Cyrodiil Pact Skyshard Hunter achievement.

This Elder Scrolls Online-related article is a stub. You can help by expanding it.
Retrieved from "https://en.uesp.net/w/index.php?title=Online:White_Fall_Mountain&oldid=2122007"
Categories:
Hidden categories: