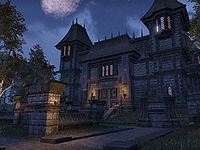 Weynon Priory is an abbey in northwestern Cyrodiil, east of Chorrol. 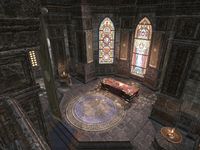 The interior of the chapel

A copy of Lucius' Note can be found within the chapel after Overdue Supplies. A hostile peasant can be found living in a burned building to the west of the priory.

This Elder Scrolls Online-related article is a stub. You can help by expanding it.
Retrieved from "https://en.uesp.net/w/index.php?title=Online:Weynon_Priory&oldid=2179989"
Categories:
Hidden categories: