The UESPWiki – Your source for The Elder Scrolls since 1995
< Online: Places: Wrothgar / Ruins / Delves
Jump to: navigation, search

The borders between Breton High Rock and Orcish Wrothgar have changed many times in the last three thousand years, and old Breton watch towers stud the region like stony stumps. 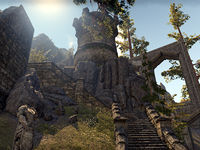 Watcher's Hold is a ruin east of Friendship Gate. It is currently inhabited by Pale Watch bandits and occasional skeevers. According to the notes found inside the hold, there was an order originally stationed in the hold by order of King Maxevian. 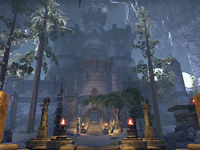 The interior of Watcher's Hold 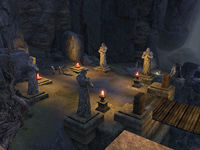 The interior of Watcher's Hold

This Online-related article is a stub. You can help by expanding it.
Retrieved from "https://en.uesp.net/w/index.php?title=Online:Watcher%27s_Hold&oldid=2088515"
Categories:
Hidden categories: