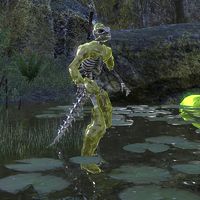 Voriplasmic Corpses are corpses which are puppeteered by nearby Voriplasms, throughout Murkmire. They have enough fine-motor control that they can use weaponry, and either use a sword and shield or a two-handed weapon. 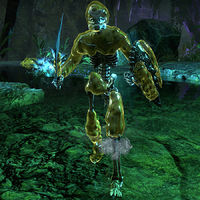