The UESPWiki – Your source for The Elder Scrolls since 1995
< Online: Places: Bangkorai / Ruins / Delves
Jump to: navigation, search

In the early First Era, during the days when the Direnni Hegemony ruled High Rock, a series of watch towers was built along the border with the Reach and Skyrim. Today most of them are nothing more than crumbling ruins. 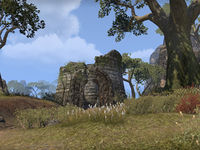 Quickpaw of Martyr's Crossing can mark this delve on your map. Captured Bretons can be found here. Curnard's Journal can be found near the boss. The Bjoulsae Boys Charter can be found in the delve as well, along with another document. A copy of A Royal Embarrassment can also be found here.

Explore and clear the Viridian Watch. 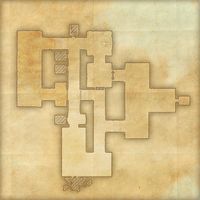 A map of Viridian Watch

This Online-related article is a stub. You can help by expanding it.
Retrieved from "https://en.uesp.net/w/index.php?title=Online:Viridian_Watch&oldid=2193914"
Categories:
Hidden categories: