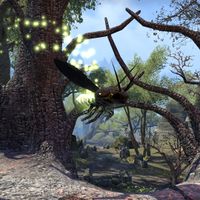 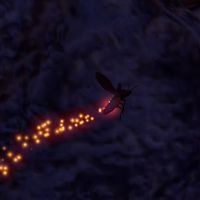 A red torchbug, found in the Gorge 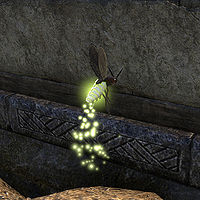 Torchbug as seen from behind

Torchbugs are small flying insects that cannot be attacked, but may be harvested for Insect Parts and occasionally Torchbug Thoraxes. They are most often found in swampy areas and caves, and are far more visible at night (or at any time when in caves).

Torchbugs usually emit a yellow light, although those found in Murkmire and the Gorge emit a red light.