The UESPWiki – Your source for The Elder Scrolls since 1995
< Elder Scrolls Online: Places: Blackwood / Caves
Jump to: navigation, search

Tidewater Cave is a sea cave found on the southwest coast of Blackwood. The cave consists of a long tunnel which is filled with creatures like Death Hoppers. At the far end of the cave, Councilor Faleria has stored her records from her time on the Elder Council.

The following books can be found in the cave, Before the Gates of Gideon and Terror of the Death Hopper.

During the related quest, the following NPCs can be found in this location: 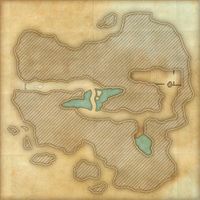