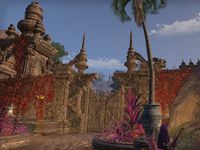 Star Haven Adeptorium is a settlement housing the religious adepts in Elsweyr. 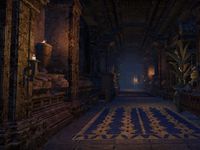 If you are a newcomer to Elsweyr, you will wake up in one of the bedrooms within the Training Halls, having been rescued after the caravan you were traveling with was attacked. A bookcase can be found within the room as well as a Letter from Abnur Tharn which can be found on a side table. There also several smaller containers which can be searched.

Once in the halls proper, you can continue to search the rooms for more containers as well as the Star Haven Training Sword which is required for combat training with Grand Adept Ma'jha-dro.

Outside the Training Halls is a long stairway path which leads to the Star Haven Gardens, a flourishing garden where several Khajiit of many furstocks can be found training and meditating. In the center of this garden is a combat ring surround by statues, this is where the combat tutorial takes place.

The catacombs beneath the Star Haven Adeptorium are accessible after a sudden dragon attack. They consist of the following areas: the entrance chamber, the Halls of Eternal Rest, the Relic Vault and the Tomb of the Grand Adepts.

Once you enter, you will find that it has been invaded by Euraxian Necromancers who are raising the dead as Bone Flayers.

Winding halls beneath the Adeptorium where the dead lie. There are many urns and pieces of armor which looted or picked up. 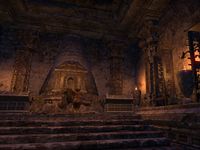 The Relic Vault is small locked room placed in the middle of the Halls of Eternal Rest. During the quest, it is an optional stage where you can practice lockpicking to unlock the door. Inside the vault is several weapons and pieces of armor, including several Inferno Staffs. A vault full of weapons and armor for the player to use during the tutorial quest.

Tomb of the Grand Adepts[edit] 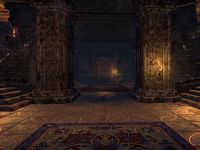 Tomb of the Grand Adepts

This area of the catacombs is the resting place of Great Adepts of the Adeptorium. Once you arrive, you will find Captain Carvain menacing some of the surviving adepts.

A large plot of land within the Adeptorium, Euraxian Soldiers and Berserkers can be found patrolling and digging through the rubble, searching for something. There are several crates and barrels in this area which contain food and drink ingredients. To the northeast is the Dragonhorn Tower and Adeptorium itself.

A tower containing the eponymous Dragonhorn. Use the horn to bring down the dragon which has been attacking the Adeptorium.

This area is accessible once the dragon horn has been used, the dragon will crash land through the roof, crushing several adepts. This is the place where you, Zamarak and the Grand Adept will need to fight the dragon.

The courtyard of the Adeptorium, you will need to escape the adeptorium through this way once the dragon is dead. It leads the Star Haven Outer Gate where the survivors will gather. Outside these walls is the rest of Northern Elsweyr.

Star Haven Wayshrine can be found to the east, along the road. Notably, this makes the nearby dragonscour the most popular hunting ground due to its proximity to a wayshrine. 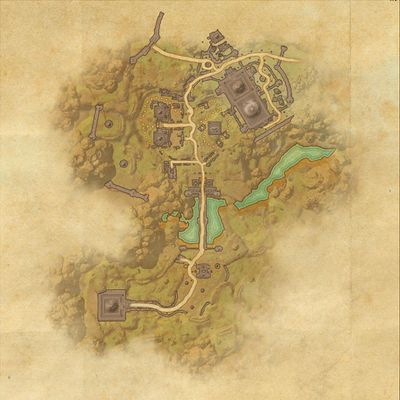 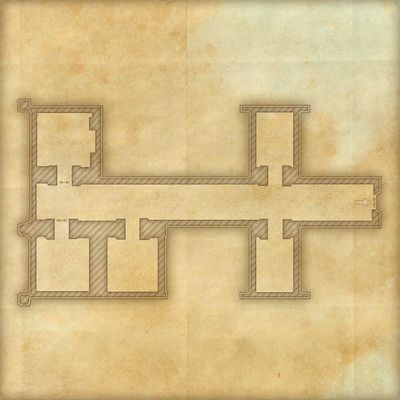 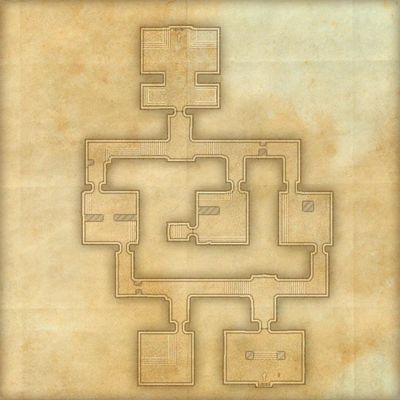