On the docks in Bravil they say Newt Cave would be an excellent base for a smuggling operation. If anyone on the Bravil docks knew any smugglers, which they deny. 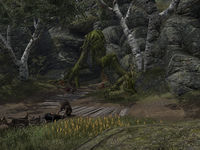 Newt Cave is a cave in southeastern Cyrodiil, southeast of Cropsford containing trolls and giant bats. Trolls and Giant Bats linger outside the cave. 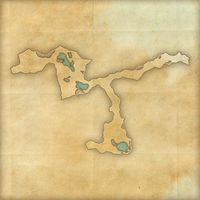 A map of Newt Cave

This Elder Scrolls Online-related article is a stub. You can help by expanding it.
Retrieved from "https://en.uesp.net/w/index.php?title=Online:Newt_Cave&oldid=2189738"
Categories:
Hidden categories: