The UESPWiki – Your source for The Elder Scrolls since 1995
< Online: Places: Craglorn / Elven Ruins / Delves
Jump to: navigation, search

Roughly translated, the ancient Elven word "molavar" means "fire mouth," though it's unknown whether that was this ruin's original name in Ayleidoon or a description of the doom that overtook it. 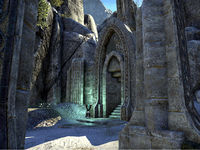 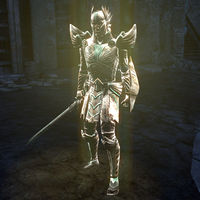 The Scion of Molavar, a temporary follower at your service

It has been occupied with flame atronachs, imps, bone colossi and undead. According to a transcript found in the ruins, a person found guilty of necromancy and other various crimes has been imprisoned there.

Magdra Ibrai can be found in the Flame Lair during the related quest. 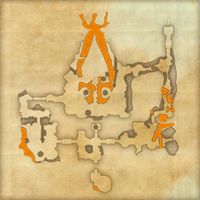