This article is about the Breton in Koeglin. For the Breton spirit in Crestshade, see Jonne Surille. 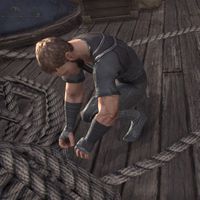 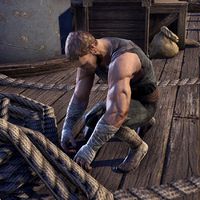 Jonne is a Breton sailor and a crewmember of The Tava's Bounty, a ship docked in Koeglin Village. He can also be found on The Dawn Posset at the Sentinel Docks. He does not appear in Sentinel until Risen From the Depths is complete.

Once rescued from Steelheart Cave he may say any of the following:

Jonne: "Kill a few more slavers for me, friend!"
Jonne: "You saved my life!"