The UESPWiki – Your source for The Elder Scrolls since 1995
< Online: Places: Craglorn / Caves / Group Delves
Jump to: navigation, search

"The Offices of the Hunt, which the Huntsmen, Master, and Hounds are solemnly sworn to honor … states that the Hare must have a genuine chance to escape the Hunt, no matter how slim." — The Posting of the Hunt 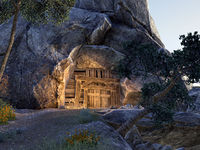 Hircine's Haunt is a cave in central Craglorn, north of Belkarth. It is inhabited by the Greycloak bandits at various stages of lycanthropy and their pet wolves. It also is home to some ferocious crocodiles. 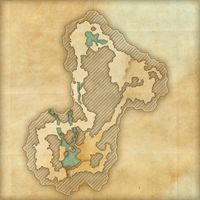