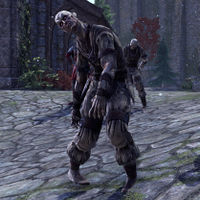 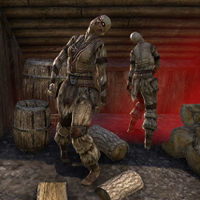 The Harrowed are victims of harrowstorms which didn't die outright or transform into Harrowfiends. Instead their minds were shredded and they have next to none higher brain functions.

Some can be found staggering around in the ruined Karthwatch. They are also seen while looking for Lyris Titanborn in Solitude. You will find her watching a group of them being herded by Shield-Corporal Thjol and Shield-Sentries Brunn and Jurt to the Temple of the Divines. As per the orders of High King Svargrim.