The souls of Argonians are different from those of other races of Tamriel due to their deep, mystical connection to the Hist trees. Sorcerers who specialize in soul trapping have long sought some way to take advantage of this difference. 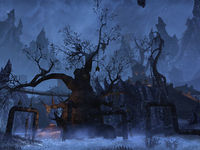 Haj Uxith is an Argonian village in southwestern Coldharbour, southwest of the Library of Dusk. It consists of several xanmeers situated around a Hist tree. This ancient settlement came to Coldharbour during at time of great strife for the Argonian civilisation. The Hist of the tribe made a deal with Molag Bal to transport the village to his realm. In return, the tribe would allow the Daedra to harvest the tree's sap, however, the crystal provided by Molag Bal which sustains the Hist tree also has poisoned and weakened it. In current times, two factions have emerged in the village over what should be done for their Hist tree.

†Only during the respective quest 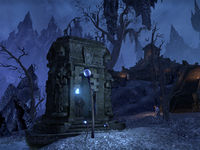 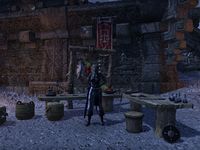 The Haj Uxith Wayshrine is located on the eastern side of the village, not far from the Hist tree. A guild kiosk called Trades-in-Cold-Water, run by Shuliish, is set up to the west of the Wayshrine, on a terrace of the southeastern xanmeer.

Several unique books can be found within the settlement: 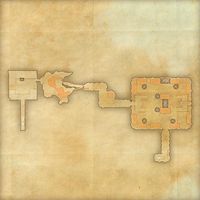 A map of the Haj Uxith Corridors

This Elder Scrolls Online-related article is a stub. You can help by expanding it.
Retrieved from "https://en.uesp.net/w/index.php?title=Online:Haj_Uxith&oldid=2289725"
Categories:
Hidden categories: