The name of this cave has nothing to do with reflected sound—it refers to the undead who have long haunted its chilly depths, shambling through the caverns in an unholy echo of the actions of the living. 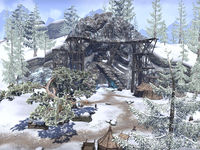 Echo Cave is a cave in northwestern Cyrodiil, between Forts Dragonclaw and Warden containing undead. 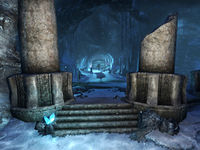 It only contains a single boss, a wraith named Sargos Grent. Unique Rancid Corpse zombies can be found outside.

The Will of Otrovor Knifeborn can be found outside in the main tent, with Otrovor's corpse lying nearby. 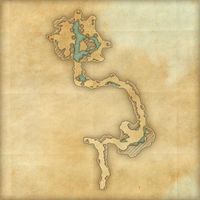 A map of Echo Cave

This Elder Scrolls Online-related article is a stub. You can help by expanding it.
Retrieved from "https://en.uesp.net/w/index.php?title=Online:Echo_Cave&oldid=2193855"
Categories:
Hidden categories: