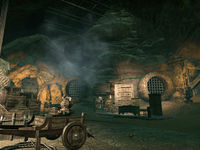 Cicatrice is a ruined town in the southwest of Northern Elsweyr. It is built at the edge of Scab Ridge, a subsection of the canyon known as the Scar. The town's most notable feature is the oasis it was built on top of, which can be found within the caverns beneath the town site, and its water's remarkable healing properties led to the founding of the town. However, with the coming of the Knahaten Flu, the nearby rulers put the town in quarantine and eventually burnt it down. The remaining survivors were said to have locked themselves in the oasis caverns and nothing was heard from them since.

In recent times, an Argonian named Iokkas has come to the ruins with his companions to discover what happened to the survivors. However, the noxious fumes and emergence of the Blighted have led to problems.

Iokkas' camp is found between the ruins and the path leading down to the Cicatrice Caverns.

Across the road from Iokkas' camp are some stone remnants of the ruined town. It is filled with undead and noxious fumes. 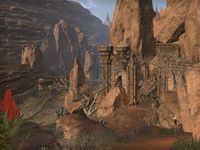 Cicatrice Caverns is a winding network of tunnels beneath what once was the settlement of Cicatrice. The oasis resides here, though it has been befouled. 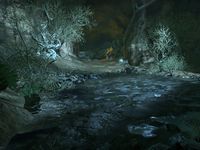 The heart of the oasis, where the nereid lives. 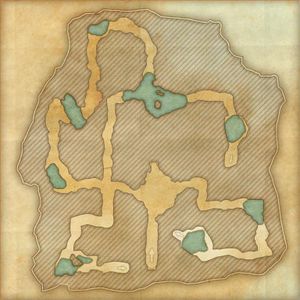 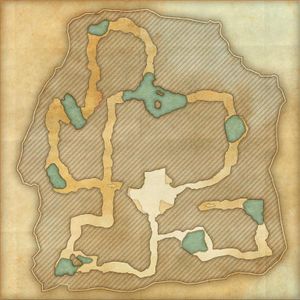 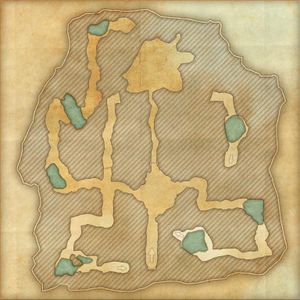 This Elder Scrolls Online-related article is a stub. You can help by expanding it.
Retrieved from "https://en.uesp.net/w/index.php?title=Online:Cicatrice&oldid=2388804"
Categories:
Hidden categories: