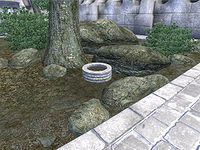 The entrance to the South East Tunnel 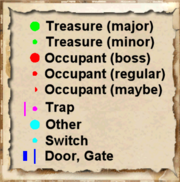 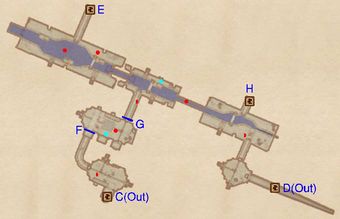 Entering from the Arboretum at door C, proceed to gate F, potentially fighting an animal on the way, and pick the lock. The next room contains another enemy and the wheel (cyan dot on map) activating the gate at G. A minor loot chest and potentially another animal await in the next room.